More than two weeks after a mass shooting at an elementary school in Uvalde, Texas, left 21 dead, including 19 children, many questions about the police response remain unanswered. 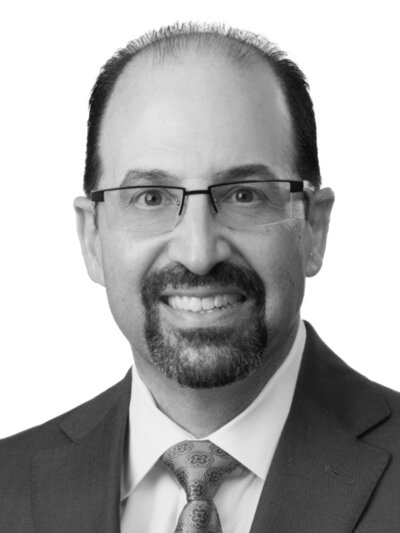 In the wake of the shooting, police in Uvalde faced criticism about a 78-minute gap from when the shooting began until officials entered the classroom where the gunman was barricaded. The Uvalde police department faces looming federal and state investigations, but successfully prosecuting a case against responding officers will be difficult.

Typically, officers can be shielded from any civil or criminal liability over mistakes made in the field unless it can be proven the conduct was clearly illegal. The protection, known as qualified immunity, helps ensure government employees have room to perform their job amid criticism or political pressure.

David S. Weinstein, a partner in Jones Walker LLP's litigation practice in Miami sat down with Law360 to discuss liabilities for police in situations like Uvalde.

This interview has been edited for clarity and length.

Knowing what we do now about the police situation in Uvalde after the shooting, what criminal or civil liabilities could possibly exist for police, and how does qualified immunity factor in here?

In Texas, like many other states, there is a statute that governs sovereign liability and a certain waiver that exists for negligent actions undertaken by individuals or by governmental entities that are negligent.

For example, in Florida, sovereign liability can be waived, but there's a cap limit on the amount of money that can be recovered by individuals unless authorized to go higher by the legislature.

There's a similar statute in Texas that deals with liability for acts or omissions, and again, depends upon whether the action — or in this particular instance the inaction — is governed by whether they were responding to some sort of activity under their duties as law enforcement officers.

Following the shooting in Parkland, a federal judge ruled that police have no duty to protect against a third-party threat like a school shooter. Does this decision impact any potential suits following the Uvalde shooting?

The federal district courts in Florida are governed by the Eleventh Circuit and by the U.S. Supreme Court. District courts in Texas are governed by the Fifth Circuit, and so an opinion issued by a district court judge in Florida is perhaps persuasive but not binding. For state actions there are different laws and cases that would be applied, given certain sovereign immunity statutes and the ability of the sovereign to waive that immunity. Again, all of this is going to be governed by whether the act was negligent, and whether the people had any duty to respond.

In [the case over the Parkland shooting at] Stoneman Douglas, as you may recall, the school resource officer has been charged in state criminal court with neglecting his duties under state statute to protect the children. And it's been brought as a child abuse negligence case against him in the state criminal action.

After the killing of George Floyd, the question of qualified immunity became an especially public issue. In that case you have Derek Chauvin, on tape, violating someone's rights and committing murder. Is the bar that high in every case to overcome immunity — where someone is on video for nine minutes — or is it unique to each case?

I think that this concept we all have now, that if it's not on video or not in a picture it didn't happen, is one that's been created by technology, by social media and by, quite frankly, movies and television.

The law has been the law in regard to the burden of proof, in both civil and criminal cases, long before people were able to capture things on pictures and video. What it is dependent upon is the evidence, the volume of the evidence, the credibility of witnesses, and by what a jury or a judge perceives as the weight of the evidence.

So what we expect now [is] that if it's not a video or it's not in a picture, [it] didn't happen, but that's not what the standard is. So trials in those similar civil and criminal cases are now being held to a higher burden when that burden is really sort of created out of a vacuum.

I think that the problem it would create is if you're not given sovereign immunity for a duty that you are undertaking as an employee of a state or subdivision, then you're unlikely to want to take that job. Now, every action you take if you're not given sovereign immunity is going to be in the back of your mind ... personally liable for something.

Have a story idea for Access to Justice? Reach us at accesstojustice@law360.com.