By Najiyya Budaly
Law360 is providing free access to its coronavirus coverage to make sure all members of the legal community have accurate information in this time of uncertainty and change. Use the form below to sign up for any of our daily newsletters. Signing up for any of our section newsletters will opt you in to the daily Coronavirus briefing.


Law360, London (May 7, 2020, 11:30 AM BST) -- British banks have until June 2022 to publicly disclose their plans for winding down without a taxpayer handout if they go bust, the Bank of England said Thursday, as it gave lenders an additional eight months to focus on supporting the economy during the COVID-19 pandemic. 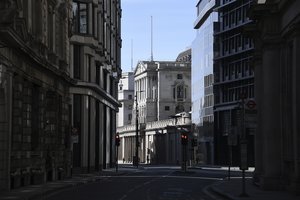 The Bank of England said it will not require lenders to publish plans for winding down without a taxpayer bailout handout until 2022. (AP)

The central bank said it will no longer require banks and building societies to publish the plans — which make them accountable if they fail by protecting the economy and taxpayers from the need to bail them out — by October 2021.

The resolution plans must include an assessment of the likelihood that they can be rescued. The measure, which the BoE had wanted to introduce next year, is part of its commitment to Parliament that major lenders will be fully capable by 2022 of rescuing themselves or would collapse in an orderly way.

But the BoE said it has pushed back to 2022 the date by which major U.K. banks must submit their first reports "to alleviate operational burdens on firms and ensure firms' senior management are able to engage fully in the [resolvability assessment framework}] report submission and disclosure process."

The central bank said it wants lenders to focus on pumping money into the economy during the coronavirus crisis.

Britain's largest banks — those with at least £50 billion ($61 billion) in retail deposits — must hand over their plans to the national resolution authority every two years. These are made public for clients, counterparties and investors to scrutinize.

Regulators want to avoid a repeat of the financial crisis, when British taxpayers had to bail out lenders. The Treasury pumped tens of billions of pounds into Lloyds Banking Group and Royal Bank of Scotland PLC to prevent them collapsing during the crash.

Banks across Europe have drawn up strategies for resolution when they fail under the minimum requirement for own-funds and eligible liabilities, known as MREL — which requires them to hold the full amount of debt required to protect them from failing.

The BoE said Thursday that it expects banks to meet tougher requirements in the next two years.

But the regulator said it will "exercise its discretion with respect to the transition time firms are given to meet higher MRELs." This includes giving lenders that become subject to the rules because of the crisis at least 26 months to meet the standards.

In a separate move, the Prudential Regulation Authority — the BoE's regulatory arm — said Thursday that it wants to ease the operational burden on the financial companies that it supervises. This includes postponing an exercise to assess climate change in the sector until 2021 and postponing an insurance stress test to 2022.

The BoE also said on Thursday that it will keep its key interest rate for bank refinancing at 0.1% — the lowest level ever. The central bank's monetary policy committee announced the rate drop at the end of March to encourage lending.

The monetary policy group also published Thursday its so-called "illustrative scenario," which measures the risks that COVID-19 poses to the British economy and financial system. The exercise showed that "the core banking system has capital buffers more than sufficient to absorb losses," the BoE said.