By Lucia Osborne-Crowley
Law360 is providing free access to its coronavirus coverage to make sure all members of the legal community have accurate information in this time of uncertainty and change. Use the form below to sign up for any of our daily newsletters. Signing up for any of our section newsletters will opt you in to the daily Coronavirus briefing.


Law360, London (May 14, 2020, 11:17 AM BST) -- French insurer Covea has pulled the plug on a deal to buy Bermuda insurer PartnerRe, blaming the unprecedented impact of the COVID-19 outbreak on the insurance market. 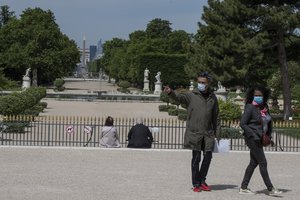 The French insurer has said it can no longer go ahead with the planned purchase because of the "current unprecedented conditions." (AP)

Covea said Wednesday that it has told Exor that it can no longer go ahead with its planned purchase of the Italian investment giant's Bermuda-based reinsurance subsidiary, PartnerRe. The deal was the subject of a memorandum of understanding announced in March, although the amount was not disclosed.

"Covea has indicated to Exor that the context does not allow the contemplated acquisition of PartnerRe to be carried out on the terms initially envisaged," Covea said in a statement.

It took the decision amid the "current unprecedented conditions and significant uncertainties threatening the global economic outlook."

Exor's board acknowledged that Covea had told it of the decision, but challenged the validity of the move.

"In attempting to renegotiate the agreed deal terms, Covea has never suggested the existence of a material adverse change, including pandemic risk, or any other issues at PartnerRe that would explain its refusal to honor its commitments," the Italian company said. "Exor believes that no such basis exists."

The board said it did not expect PartnerRe to be "significantly affected" by the COVID-19 outbreak, which has infected more than four million people worldwide and killed almost 300,000.

"The board therefore reiterated its strong belief that a sale of PartnerRe on terms inferior to those established in the [memorandum of understanding] fails to reflect the value of the company," the board added in a statement.

Exor bought PartnerRe for $6.9 billion in 2015 after chasing the deal for months. The company originally planned to merge with fellow reinsurer Axis Capital Holdings Ltd. to create what would have been an $11 million reinsurance giant, but ultimately agreed to be bought by Exor.

Exor won over PartnerRe by submitting revised proposals to sweeten its takeover bid after initially making a $6.4 billion offer. PartnerRe had rejected the overtures and said it planned to to stick with the Axis deal — before ultimately opening itself up to discussions with Exor after the investment company continued to press its bid.

Covea came under fire in 2019 after it pulled the plug on a proposal to buy Paris-based insurer SCOR SE for $8.2 billion. SCOR said it would sue Covea Group and Thierry Derez, the company's chairman, after Covea abandoned the deal. Covea has denied what it calls SCOR's "serious and unfounded accusations."

Counsel details were not immediately available.