By Joanne Faulkner
Law360 is providing free access to its coronavirus coverage to make sure all members of the legal community have accurate information in this time of uncertainty and change. Use the form below to sign up for any of our daily newsletters. Signing up for any of our section newsletters will opt you in to the daily Coronavirus briefing.


Law360, London (June 12, 2020, 12:10 PM BST) -- Three of the U.K.'s biggest airlines said on Friday that they have filed papers at the High Court as they seek an urgent judicial review of the government's controversial two-week quarantine laws for travelers entering the country. 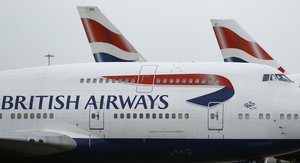 British Airways and two other domestic carriers said in a joint statement that they want the judicial review to be heard as soon as possible. (AP)

British Airways, Ryanair and EasyJet want to overturn a new rule that requires arrivals to the U.K. to isolate themselves for 14 days in an attempt to contain the coronavirus pandemic.

BA's owner, International Consolidated Airlines Group SA, said in a joint statement that the carriers have asked for the judicial review to be heard as soon as possible.

The airlines said the "flawed" quarantine rules, which came into effect on Monday, "will have a devastating effect on British tourism and the wider economy and destroy thousands of jobs."

The challenge, which was filed on Thursday, claims that the quarantine rules for travelers arriving in Britain are more stringent than those applied to people who have the COVID-19 virus.

The airlines also argue that there was no consultation on the policy and no scientific evidence provided to support it.  Exemptions for commuters also undermines the policy, the statement said, and the government is preventing people from traveling to and from countries with lower infection rates than the U.K.

The government policy was imposed on June 8, as Home Secretary Priti Patel said the "measures are informed by science, backed by the public and will keep us all safe."

The measures were initially imposed for a year, although the government has said they will review them every three weeks. The first review date is June 29.

The carriers' challenge dismisses proposals of "air bridges" — an exemption that would allow quarantine-free travel between the U.K. and other countries — which has been presented as a potential alternative.

"The airlines have not yet seen any evidence on how and when proposed 'air bridges' between the U.K. and other countries will be implemented," the statement said. "Instead, they want the government to re-adopt its previous quarantine policy introduced on March 10, where quarantine is limited to passengers from "high-risk" countries"

The 14-day quarantine will apply to anyone arriving to the U.K from a plane or ferry. Travelers will be expected to go straight to the address where they will be self-isolating and will be asked to provide contact details. In England, officials will perform spot-checks and can hand out fines of up to £1,000 ($1,300) for non-compliance.

A spokeswoman for the Home Office said it would be "inappropriate to comment on an ongoing legal case," but that the quarantine measures were put in place to "protect public health.

"That means managing the risk of cases being imported from abroad," the spokeswoman added. She said the aviation and tourism sector have benefited from one of the most generous economic packages provided anywhere in the world.

Britain's financial sector has issued its own warning about the effects of the mandatory two-week isolation period. Forcing financial services to quarantine would have a "major impact" on the sector, the City of London Corporation said.

Freight workers, medical professionals and seasonal agricultural workers are exempted from the rules, but financial and professional services employees must comply.

"Restrictions which seem arbitrary rather than consistent undermine confidence and will hold us back," the corporation said.

Update: This story has been updated to add comment from the Home Office.