By Paige Long
Law360 is providing free access to its coronavirus coverage to make sure all members of the legal community have accurate information in this time of uncertainty and change. Use the form below to sign up for any of our weekly newsletters. Signing up for any of our section newsletters will opt you in to the weekly Coronavirus briefing.


Law360, London (November 13, 2020, 4:19 PM GMT) -- A court in London ruled on Friday that the government failed to properly transpose European Union law on occupational health and safety, finding in favor of a union representing workers in the so-called gig economy who claimed they did not get PPE during the pandemic. 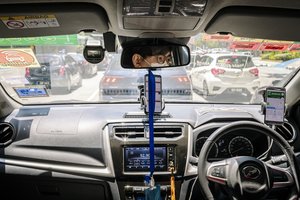 The union, which represents drivers of private hire cars and other vehicles, says they have a higher than average rate of death from COVID-19 and need the health measures. (Getty)

Judge Martin Chamberlain ruled partly in favor of a judicial review brought by the Independent Workers' Union of Great Britain, after concluding that the EU's use of the term "worker" in key health and safety directives include those who work without an employment contract.

The High Court judge found that the U.K. has failed to properly implement two EU directives by protecting only "employees," a category that excludes workers in the gig economy. One directive sets out measures to ensure the health and safety of workers at work; another sets out minimum requirements for personal protective equipment in the workplace.

The workers' union, which was founded in 2012 and has approximately 5,000 members, represents drivers of taxis, private hire vehicles, coaches and vans. It says they have a higher than average rate of death from COVID-19 and so need the health and safety measures set out in the EU directives.

The gap in protection had existed since the directives were transposed into U.K. law in 1992, but the union said the pandemic gave the matter "a particular salience and significance."

The Department for Work and Pensions and the Department for Business, Energy and Industrial Strategy had argued that the EU's definition of work extends only to those "employed by an employer," which had properly been transposed into domestic law.

The departments also said that there are other forms of protection in the U.K. for workers who are not employees that meet the EU's minimum standards, even if they are not identical.

The judge ruled in favor of the government on one of the union's claims. He found that EU law that imposed a duty on employers to ensure the health and safety of their workers in every aspect of their work had in fact been reflected in domestic law.

But he found against the U.K. on the rest of the claim, which focused on the rights of workers to refuse to work because of a perceived danger and the use of PPE.

The union said that all gig economy workers will be able exercise their rights to health and safety protection and PPE once the government takes the steps required under the ruling — including by taking legal action against employers who dismiss them for refusing to work in poor conditions.

"Key workers have been calling for greater protection throughout the pandemic, and this has largely fallen on the deaf ears of their employers," Alex Marshall, union president, said in a statement. "This ruling is long overdue, and the IWGB expects that, in the light of this clear ruling, the U.K. government will now take urgent legislative measures to ensure workers' safety."

The question for the judge focused only on whether the U.K. had properly implemented EU law, which is binding until the end of the transition period on Dec. 31. The judge said he was not required to consider whether individual businesses were doing enough to protect their workers.

A government spokesperson said it acknowledges the judgment "and will set out our formal response shortly,"

According to the ruling, the union's legal department handled some 144 queries about COVID-19 between the start of March and mid-May.

The union also received 50 requests for assistance from couriers claiming they had not been provided with PPE and that social distancing was not being enforced while they waited for collections outside restaurants. There were also cases of medical couriers complaining that the COVID-19 samples they were delivering had not been packaged properly, the ruling said.

The gig economy now accounts for at least 4.7 million workers in the U.K., according to the union.

The union is represented by Ijeoma Omambala QC and Cyril Adjei of Old Square Chambers, instructed by Harrison Grant Solicitors.

The case is R (The Independent Workers' Union of Great Britain) v. Secretary of State for Work and Pensions and another, case number CO/1887/2020, in the High Court of Justice of England and Wales.