By Lucia Osborne-Crowley
Law360 is providing free access to its coronavirus coverage to make sure all members of the legal community have accurate information in this time of uncertainty and change. Use the form below to sign up for any of our weekly newsletters. Signing up for any of our section newsletters will opt you in to the weekly Coronavirus briefing.


Law360, London (April 26, 2021, 5:23 PM BST) -- The European Union said on Monday it has taken the decision to start legal action against AstraZeneca PLC over deliveries of its COVID-19 vaccine, alleging that the U.K.-headquartered pharma giant has failed to honor contractual obligations. 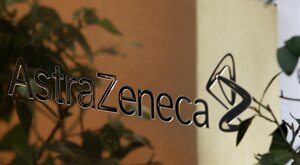 The European Commission — the EU's executive arm — has been criticized that it has been slow to organize supplies of doses for vaccination programs. It alleges that AstraZeneca has failed to deliver doses of of the vaccine according to the prearranged schedule under delivery agreements.

"Our priority is to ensure COVID-19 vaccine deliveries take place to protect the health of the EU,"  the EU's commissioner for health, Stella Kyriakides, tweeted on Monday. "This is why the EU Commission has decided jointly with all Member States to bring legal proceedings against AstraZeneca. Every vaccine dose counts. Every vaccine dose saves lives."

Kyriakides has expressed serious concerns since January regarding AstraZeneca's intention to supply considerably fewer doses in the coming weeks than agreed and announced. The commissioner called on the pharma giant on Jan. 27 "to engage fully, to rebuild trust, to provide complete information and to live up to its contractual, societal and moral obligations."

Commission President Ursula von der Leyen said on March 17 that AstraZeneca was expected to deliver only 30 million of the promised 90 million doses in the first quarter. She also said that the company's deliveries are expected to come up short in the second quarter. Other providers of COVID-19 vaccines,  BioNTech-Pfizer and Moderna, meanwhile, have been delivering on their EU contracts, she said.

"AstraZeneca has unfortunately underproduced and underdelivered," von der Leyen said. "And this painfully, of course, reduced the speed of the vaccination campaign."

A spokesperson for AstraZeneca said the company believes the lawsuit is without merit.

The Anglo-Swedish company added that vaccines are difficult to manufacture and that several companies around the world are facing supply problems.

"We are making progress addressing the technical challenges and our output is improving, but the production cycle of a vaccine is very long, which means these improvements take time to result in increased finished vaccine doses."

The company announced on March 12 that it expected a shortfall in vaccines delivered to the bloc.

"AstraZeneca is disappointed to announce a shortfall in planned COVID-19 vaccine shipments to the European Union...despite working tirelessly to accelerate supply," the company said.

The pharma giant said at the time that it was looking to compensate for part of this shortfall by sourcing vaccines from its international supply network.