Law360, London (February 3, 2020, 11:03 AM GMT) -- Insurance companies are being warned by their lawyers and loss adjusters to expect a jump in claims under business interruption policies as the impact of the spread of coronavirus from China continues to cut into business activity. 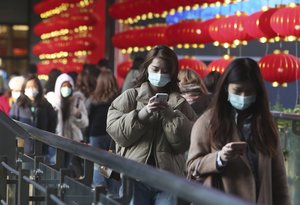 Lawyers are warning insurance companies to expect claims under business interruption policies to surge as the spread of coronavirus from China has an impact. (AP)

Major airlines have canceled flights to China and companies such as Starbucks, Apple and Ikea are among major brand names that have temporarily closed branches across the country. The restrictions are eating into revenues, travel, deal-making and stock values. And as knock-on effects escalate, so too will insurance claims.

"This is getting more serious by the day," according to Adrian Hyzler, chief medical officer at risk management company Healix International, which works with insurers. "There are going to be huge losses from companies."

The spread of the virus has been likened to that of SARS, in 2002. The mortality rate is far lower than SARS, around 2-3% compared to 10%, although it has spread far faster – infecting as many people in a month as were infected by SARS in a year. The outbreak, severe acute respiratory syndrome, originated in China and infected more than 8,000 people, killing 349.

Russia closed its 4,000km land border with China on Thursday, and several other countries have banned Chinese tourists from entering the country.

"It's going to reach a point where China is in lockdown from the international community," Hyzler said. "Economically it's going to have a huge impact on the world, which largely relies on manufacturing within China."

McDonald's has temporarily closed more than 300 branches in Hubei province — whose capital, Wuhan, is at the center of the crisis — while Starbucks has closed 2,000 cafes across the country. Manufacturing has been similarly hit.

Wuhan is a major automobile manufacturing hub, with Honda and Nissan operating plants in the city. Three Chinese companies operating in Wuhan account for a tenth of the global supply of flat-screen display parts for TVs and other electronics.

Fitch Ratings said it expects a "meaningful rise" in travel insurance claims as a result of restricted movement, as well as claims from policies for interrupted business. "This will depend on the terms of coverage of each policy, as in most cases there is an exclusion clause for epidemics," the ratings company said in a market note, referring to commercial insurance.

Insurers do not specifically insure against corporate losses caused by epidemics. At best, business interruption policies, which pay out from company shutdowns, could carry extensions that provide coverage. The growing impact of the coronavirus has sent company lawyers looking closely at the fine print of such policies to check the level of protection they offer.

Peter Rudd-Clarke, legal director at the law firm RPC, said it was unlikely that disruption resulting from the outbreak would be covered under standard policies.

"Typical business interruption policies are triggered by property damage, meaning that coverage is unlikely to be available if interruption is caused by the coronavirus," Rudd-Clarke said.

"Insurers may wish to consider tightening up their policy wordings to limit the prospects of coverage disputes," he said.

Many business interruption policies written since the SARS outbreak have included a specific line excluding any loss "in connection with a notifiable infectious disease" — that is, a disease which doctors and medical staff must report to the government by law.

Governments have declared the coronavirus "notifiable" at different times. Loss adjuster Sedgwick said the time at which a government declared the virus as notifiable could affect whether a business was covered by the policy.

"An exclusion might well not apply until such time as the government takes that step," the company said in a statement. "Given that the banning of all overseas Chinese tour groups occurred before the disease was declared notifiable, in some cases the loss might have already occurred before the exclusion takes effect."

Loss adjuster Crawford and Company believes hundreds of billions of dollars are at risk during an outbreak of disease, but many standard policies contained exclusions.

Scott Reichelt, director of Crawford forensic accounting services in Asia, said the company had not yet been appointed to examine claims because of the lockdown across China.

"We anticipate that some of the most affected industries will be tourist-dependent, such as hotels, theme parks and airlines, as well as any company that has a link in the supply chain within China," he said.

Reichelt judged that it was too early to gauge the impact on insurers.

"Potential coverage of these will be dependent on the individual policies," he said. "Estimating where the biggest exposure for insurers may lie is difficult for now."