Law360, London (September 15, 2020, 8:06 PM BST) -- U.K. small businesses forced to close during the COVID-19 lockdown scored a major victory over insurers in a key test case Tuesday, but with appeals and future fights over damages likely looming, struggling businesses may still be facing months if not years of delays before they see any money.

The High Court ruled in favor of businesses in the majority of the 21 policy wordings being considered in the test case brought by the Financial Conduct Authority. But experts say that if insurers appeal the ruling, policyholders might not see claims paid until 2021, if at all. 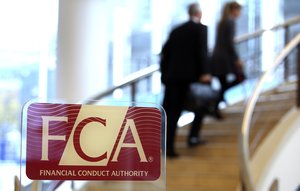 Despite an early judgment going largely for policyholders, small businesses may still have to wait until at least 2021 to see any payouts under business interruption policies for claims over the U.K.'s lockdown. (Chris Ratcliffe/Bloomberg via Getty Images)

"While this is a victory for the person on the street, the small business, there will undoubtedly be an appeal from the insurance industry, so we are effectively only at half time in this case," said Stephen Netherway, partner and head of the insurance practice at Devonshires Solicitors LLP.

The trial, which took place in July under the financial markets test case scheme, turned a spotlight on so-called non-damage extensions in business interruption policies.

Such insurance typically covers lost earnings only if a company is prevented from operating because of physical damage to its premises.

But insurance companies sell many policies with extensions that offer coverage if trading is disrupted by other factors, such as an order from a public authority for a business to close because of an infectious disease outbreak.

Businesses criticized insurers during the pandemic for what they said was an almost total refusal to pay out on claims for the lockdown period. Insurers said their policies were not intended to cover pandemics and were limited to local or isolated disease outbreaks.

The regulator prepared a test case in record time. It announced in early May it was seeking an "authoritative declaratory judgment" from the High Court and began trying the case in July.

But even with the FCA moving at breakneck speed, small businesses likely will have to wait until next year to get paid even if the decision holds up on appeal.

Interim FCA chief Christopher Woolard said that if insurers appealed the judgment, they should do so quickly.

"Thousands of small firms and potentially hundreds of thousands of jobs are relying on this," he said.

But the Association of British Insurers said that because the judgment was complex, "it will take a little time for those involved in the court case to understand what it means and consider any appeals."

"Individual insurers will be analyzing the judgment, engaging with the regulator, taking account of the appeal process and keeping their customers informed in the period ahead," ABI head Huw Evans said.

In theory, the insurers could start compensating policyholders in the meantime, something the Hiscox Action Group, which represents 400 companies, said it would demand.

"The most important thing now is that the insurers accept this ruling and start to pay out rather than embark on a fruitless appeals process that will just cause more suffering for the very policyholders they were meant to protect," said Mark Killick, a Hiscox Action Group steering committee member.

It is not clear, though, whether the regulator will lean on insurers to make interim payments as well.

In his statement Tuesday, Woolard said insurers should reflect on the findings of the court case and "consider the steps they can take now to progress claims of the type that the judgment says should be paid."

Angus Rodger, a partner at Steptoe & Johnson LLP, said he "wouldn't be surprised" if the FCA pushed the insurers to make short-term payments. But until now the FCA had shown signs it was willing to wait until the final outcome of the case was clear, after any appeal, Rodger said.

Part of the problem is that even with the High Court's decision in hand, individual policyholders will face slightly different circumstances.

The policies selected for the test case offered protection against either disease outbreaks or denial of access to premises by a public authority. Some policies had a mix of both clauses.

The judgment said that most but not all of the disease clauses offer cover. The court found that some denial of access clauses provide cover, but it depended on several factors, like whether the business was forced to close completely or was still allowed to operate in a limited way.

While the outcome is a victory for policyholders, it is clear that not all the estimated 370,000 businesses with policy wordings similar to those heard in the case will be on the receiving end of payouts.

"There is devil in the judgment detail and not all policyholders are in the same box seat with their insurers, depending on what actual insurance wording they hold," Netherway said.

For example, Hiscox said fewer than a third of its 34,000 U.K. business interruption policies would pay out as a result of the judgment.

Many of the policies considered in the test case also had so-called trends clauses, which mitigate the amount insurers are required to pay out, even when a claim is accepted. Using those clauses, the insurers argued that businesses would have suffered financial losses during the pandemic even had there been no government lockdown.

The principle, known as a "but for" causation test, is based on the 2010 decision Orient Express Hotels Ltd. v. Assicurazioni Generali SpA

In that case, New Orleans-based Orient Express was seeking to claim against its business interruption policy after storm damage arising from Hurricane Katrina meant its hotel was closed for two months in 2005.

Both the High Court and the Court of Appeal found that the hotel would have suffered business losses even if it had not been damaged, because New Orleans was effectively forced to shut down after the hurricane.

Instead of the $2.15 million it was seeking from insurers, it was therefore allowed to claim only a limited amount on its policy, as if it had been an undamaged hotel in a damaged city.

In Tuesday's ruling, Judges Christopher Butcher and Julian Flaux said Orient Express had no relevance to the test case. But even had they been forced to consider it, they would have ruled that it was "wrongly decided," the judgment said.

That alone might be enough to prompt an appeal given how widely the causation principle in Orient Express has been used in insurance disputes, according to Fenchurch Law partner Aaron Le Marquer.

"The court's finding that Orient Express was wrongly decided and that they would not have followed it even had they not found it to be distinguishable, will certainly raise eyebrows, and will surely lead to an appeal from insurers on this issue at least," he said.

Even if insurers do not appeal the judgment, there could be widespread litigation over the value of claims.

Insurers have already admitted they are deducting the value of government grants that a business has received from any payouts — something that is likely to raise further disputes.

The ABI said at the time that by deducting the grants from claims payments, insurers were trying to avoid "double-compensating the claimant."

The FCA, however, said it would intervene if insurers were treating businesses unfairly in paying claims, raising the prospect of a second legal challenge from the regulator.

"My instinct is that there won't be a further test case, but that there will be pressure from FCA," Steptoe's Rodger said.