By Bryan Koenig
Law360 is providing free access to its coronavirus coverage to make sure all members of the legal community have accurate information in this time of uncertainty and change. Use the form below to sign up for any of our daily newsletters. Signing up for any of our section newsletters will opt you in to the daily Coronavirus briefing.


Law360 (September 8, 2020, 8:52 PM EDT) -- New York state's banking regulator told a Manhattan federal judge Tuesday that investors accusing Credit Suisse of foreign exchange market manipulation are improperly seeking millions of pages of documents from the agency that they could just as easily get from the bank itself. 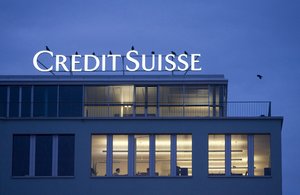 The New York State Department of Financial Services asked for a premotion conference to quash the investors' subpoena. That subpoena, DFS said, "improperly demands that a non-party produce over 15 million pages of documents" that are covered by privilege and either have nothing to do with the case against Credit Suisse AG or can be obtained elsewhere.

"The department is not a party to this case, yet plaintiffs seek to compel it to produce millions of pages of documents that are either irrelevant to this case, available from a more convenient source, or already in their possession," the agency said. "The burden required to comply with the subpoena, particularly while most of the department works remotely due to the impact of COVID-19, is unnecessary and improper."

Even beyond the burden of producing the material, the agency argued that in demanding information on the agency's own probe into foreign exchange practices, the investors are looking for material covered by privilege "that is crucial to the department's ability to function as a regulator."

"The department is empowered to obtain information from its regulated institutions, and to hold that information as confidential, to help it monitor the safe and sound operations of its regulated institutions and to protect consumers, not as an appendage to plaintiffs' discovery efforts," it said. "The department recognizes the importance of civil discovery. If the department held records that were relevant to a litigation and unobtainable from another source, the situation would be different. Here, plaintiffs are engaged in a wide-ranging fishing expedition, without any reasonable expectation that information sought will further their case in the slightest."

The subpoena is irrelevant, according to the letter brief, because DFS' investigation was broader than the instant allegations, including both voice and algorithmic trading while the investors are targeting only voice trading. In addition, DFS argued that the investors are pursuing information it gleaned from five banks with which they've already settled in the long-running litigation.

Discovery in the case against Credit Suisse, the lone nonsettling major bank implicated in a scheme to fix foreign exchange spreads and manipulate prices, has stretched across borders and been delayed by the pandemic. The other banks have agreed to pay a combined $2.3 billion in settlements.

The sprawling litigation stems from government investigations into the banks' foreign exchange trading activities, which revealed traders inside the banks had conspired to rig the $6 trillion foreign exchange market from at least 2007 until 2013. Several of the banks ultimately forked over billions of dollars in fines after pleading guilty to criminal antitrust violations.

Investors targeted 16 banks — including Bank of America Corp., Barclays Bank PLC, BNP Paribas, Citigroup Inc. and Morgan Stanley — in a proposed class action in 2013, saying they manipulated the benchmark rates used in foreign exchange transactions involving millions of dollars' worth of their assets.

Investors won partial certification for their class action last year and are pursuing claims of a conspiracy to widen spreads in the so-called spot market, a conspiracy they're hoping to show involved Credit Suisse.

DFS argued Tuesday that it has little to offer to those efforts, arguing the investors never took it up on its offer to search for relevant information they couldn't get through in-case discovery and not from a third party.

"Plaintiffs declined to identify any such document, insisting instead that the department produce every document and the plaintiffs would deal with any duplicate and irrelevant documents the subpoena yields," the agency said. "Plaintiffs' inability to articulate any relevant document that they are otherwise unable to obtain from a party to this case indicates that they are engaged in a fishing expedition."

Additionally, DFS argued that complying with the subpoena would require sending staffers into the office, even though more than 90% of the agency is working from home because of the pandemic, to search for material they're not familiar with — "most of the relevant staff are no longer employed by the department."

Representatives for the investors, Credit Suisse and DFS did not immediately respond to requests for comment Tuesday.

The suit is In re: Foreign Exchange Benchmark Rates Antitrust Litigation, case number 1:13-cv-07789, in the U.S. District Court for the Southern District of New York.